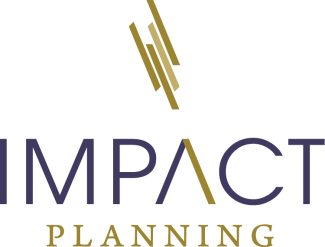 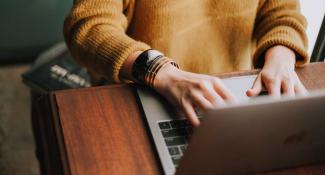 What’s the Deal with Annuities?

One of the most frustrating controversies in the financial services industry relates to annuities. I hear it from both sides: “annuities are terrible and expensive” or “this is the best product for even young investors.” My hope is to debunk the confusion around the concept of an annuity and provide clarity about the product itself, its actual uses, and its risks.

At the end of the day, an annuity is just a product, but before investing OR avoiding, it’s important to know what an annuity is and what is isn’t.

You can argue that a Mercedes G Series is also a product, right? Mercedes saw a need in the marketplace for a high-end, beautiful boxy SUV and thus the G Series was born. Many upper-class individuals buy this vehicle because they are in the segment Mercedes is trying to market to and frankly they can and do afford these vehicles while for most individuals, it wouldn’t be suitable. It all depends on who you are to determine whether it’s worth the investment.

What is an Annuity?

At its most basic level, an annuity is a tax-deferred investment vehicle that provides an individual or two individuals the ability to create a stream of income should the need arise. Why would that be important? Not everyone is great at managing their day to day expenses and once you bring in the behemoth called retirement, it makes things even more difficult. With an annuity, a stream of consistent income can be protected by “annuitizing” the contract. This doesn’t always solve for having enough money but it certainly helps with controlling the income for many individual(s).

What types of annuities are there?

There are two basic types of annuities; deferred and immediate.

A deferred annuity is one that literally gets deferred to a later time in your life. It can be funded all at once or throughout a period called the “accumulation period” and then those funds would be accessible after this period is up in which the contract could be annuitized, taken as a lump sum, or simply kept there until needed.

An immediate annuity is an annuity that is paid for up-front a lump sum and it begins paying out immediately. This may be used, for example, if someone retires with a large 401k account at their company and they want to secure a monthly income from retirement through the rest of their life.

There is a major difference between fixed and variable annuities that folks absolutely need to understand, especially those nearing retirement/needing access to funds. Fixed or Fixed Indexed annuities are insurance products that protect your principle investment and offer opportunities to gain interest. They are not exposed to the market themselves and the investment can’t be lost (aside from the actual fees assessed based on the product). Variable annuities are not guaranteed and are invested in the market (called subaccounts), meaning there is typically more associated risk with those annuities.

How do Annuities Operate with Certain Retirement Accounts?

This is perhaps a little confusing for most people because as I mentioned, the annuity itself isn’t the investment. An annuity is the actual vehicle which provides the benefits mentioned above; stream of income, potential interest/market gain, and potential riders that will be discussed later. The registration of your annuity can vary depending on what type of account elected. For example, the annuity could be a Roth IRA, a Traditional IRA, or simply a “non-qualified.” All of these factors are important to consider when looking at individual’s own financial picture and the tax implications of such.

There are often what are called “riders” that can be either purchased (through annual fees typically) or in some cases, may actually come with the annuity purchased. They can provide options like turning on and off income through a period of time or providing double the typical income during times where an annuitant is in a nursing home. There are a variety of riders that differ based on the annuity company and is something to consider and learn about to maximize the benefits of the annuity.

So Why the Bad Rap?

After providing a little context, you can see that annuities DO offer benefits and some of the annuity products I’ve seen are pretty damn good. So why the bad name?

If we examine the example provided at the beginning of this article, I’m trying to make clear that the product itself isn’t always bad; the advice is often bad. Annuities are for very specific people in very specific situations that need to be looked at before an investment is made.

There are unfortunately many salesmen and saleswomen out there who recognize they can get a nice commission for selling annuities, regardless of the individual’s situation. The fees are often higher than simply investing in a 401k or IRA and with riders, they can be significantly higher depending on the product. For someone who is typically younger, trying to simply grow and accumulate assets over the next 40 years so they can retire, it is usually not the best product for them. They should be maxing out cheap investment vehicles like 401ks, IRAs, and brokerage accounts. Choosing an annuity could eat into their potential returns and since they have so much time until they will likely need a stream of income, it doesn’t typically make sense.

However, consider a recent retiree who has a large account that needs protected with some potential interest accumulation and the eventual benefit of a stream of income; a fixed indexed annuity sounds pretty attractive and less risky.

Annuities are a topic I feel very passionately about because their name has been tossed around irresponsibly. Are annuities bad? No. Do I often recommended them for the clients I work with? No. It all comes down to identifying the situation and making the right decision based on the individual. Many of my close friends have been recklessly sold annuities and are now trying to get out of them (which by the way can be VERY costly). They’ve been “sold” by a salesperson who only considers whether the annuity could be “suitable” for them…not what is in their best interest. Before you determine whether to invest in an annuity, please consult with a financial planner/adviser who is a fiduciary and has your individual needs in mind.